Err, well, maybe.  IQ does seem to account for some of the well-documented relationship between socioeconomic status and cardiovascular risk, according to new research in European Heart Journal.  Simply put, being more intelligent could be one reason why people from a high socioeconomic background are less likely to die from cardiovascular disease than those who are more disadvantaged.

The authors of this study wanted to unravel how low socioeconomic status leads to cardiovascular disease and poor health.  Factors like access to resources (e.g. education and income) and environmental exposures (e.g. housing conditions) have a role, but taking account of these factors in calculations – effectively eliminating their influence – doesn’t level the playing field, meaning that there must be some other elements at play.

Previous studies have shown that IQ is inversely correlated with total mortality and cardiovascular mortality – that is, people with a high IQ are at least risk of death from any cause and death from heart disease.

Batty et al. looked at data from 4,289 male former US soldiers to establish the extent to which IQ ‘explains’ socioeconomic disparities in health.  All participants took a general aptitude test when they joined the army between 1965 and 1971.  Results from this test, as well as data on their income at 20 years of age, were combined with IQ, health and financial data gleaned from a telephone survey when the participants were on average 38 years old.

As expected, men who had a high IQ – both at 20 years old and at middle age – tended to have more favourable social circumstances, such as higher family income, than those with a lower IQ.

When the calculations were adjusted to take into account IQ scores at 20 years old, the huge differences in cardiovascular mortality between those who were well off and those who were less fortunate shrunk by a third; the disparity was reduced by more than half when IQ score at middle age was added instead.

Adjusting for other risk factors for cardiovascular disease – such as blood pressure and cholesterol level – had less of an effect on the mortality differences between the most fortunate and the least fortunate, suggesting that IQ has more of an effect on risk of cardiovascular disease according to socioeconomic status than do traditional risk factors. 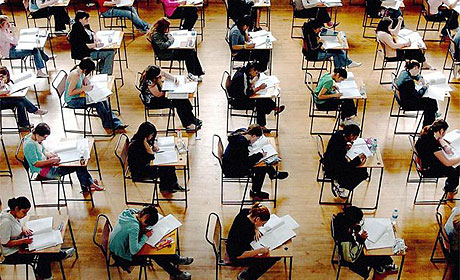 Urgh, exams. The epic ‘true-false-no idea’ multiple choicers of my undergraduate days are not a distant enough memory for me. The whole ‘get it right, get 1 point’, ‘get it wrong, lose 1 point’ approach always seemed horrendously unfair, regardless of the statistical basis for the strategy (i.e. examiners don’t want to reward people that guess true or false on every question, as in theory they’ll get the right answer 50% of the time).

According to researchers at University of Nottingham, my personal MCQ fear is well founded. Shona Kelly and Reg Dennick have found that male medical students are much more likely to do well on an exam with some ‘true-false-abstain’ questions than are female students.

The female advantage seen with in-class assessment disappeared in multivariate analyses that took into account the subject area/content of the assessment and calendar year, however, and the advantage that females seemed to have in exams with short answer questions was very small (odds ratio 1.03).

On the other hand, the association between true-false-abstain and male advantage wasn’t affected in multivariate analyses. In fact, males were 16.7 times more likely to score higher than females if at least some true-false-abstain questions were in the assessment. This difference could be down to the fact that women were more likely to pick the ‘abstain’ option in this format exam.

So there’s the answer. My difficulty with university exams clearly had nothing to do with my preparation and was obviously down to the inherent gender bias in the format used for biomedical exams.  Cough. 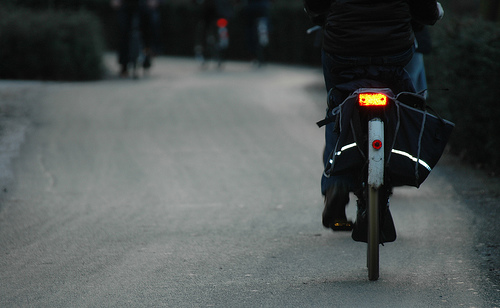 OK, so it seems pretty obvious that cycling or walking to work is better for you than taking the car. New research published in Archives of Internal Medicine has clarified the beneficial effects in terms of fitness and cardiovascular health of walking or cycling to work – but they’re largely only seen in men.

This study assessed 2,364 adults from four US states, and found that less than a fifth (16.7%) used active means to get to work. Men who walked or cycled to work were fitter (able to run for longer on a treadmill) and were less likely to be obese (had a lower body mass index) than those who commuted by car, bus, train or subway.  Female active commuters were fitter than their more sedentary counterparts, but no less likely to be obese.

Junior doctors are undergoing HIV tests as part of pre-employment occupational health checks without being made aware that such testing is not mandatory, according to research published in the Journal of Medical Ethics.  Many junior doctors interviewed by Lee Salkeld and colleagues held the misperception that HIV testing was compulsory and felt unable to decline the test.  In addition, interviewees felt that they had not been provided with enough information about the test or about the impact of a positive result.

According to guidance published by the Department of Health in 2007, all new healthcare workers need to undergo tests for tuberculosis and hepatitis B, and should be immunised as necessary. Only those who will perform exposure-prone procedures – i.e. people who will undertake invasive procedures where there is a risk that the patient’s open tissues could be exposed to the blood of the worker – are required to have an HIV test.

Several of the 24 junior doctors (foundation years 1 and 2) and doctors in specialty training (years 1, 2 and 3) interviewed by Salkeld et al., however, commented that the requirement of an HIV test was simply presented as just another part of a long list of tests that were necessary.

This lack of pre-test discussion meant that most of the doctors were unclear about the implications of a positive HIV test. One even asked: “I wonder if they’d have sacked me if it was positive. No one really explained what would happen if it were positive either—would my bosses have been told about it?”

The DoH guidance suggests that healthcare workers could benefit from these regulations “both personally and professionally”.  Most of the junior doctors interviewed by Salkeld et al. thought that HIV testing was for the benefit of patients, though; few mentioned the benefit to themselves of knowing their HIV status and being able to access treatment should they be HIV positive. 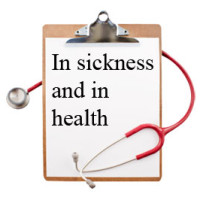