Mary Poppins was right: a spoonful of sugar DOES help the medicine go down

A new study has found that giving children up to one year old a sweet solution before jabs reduces the pain of the immunisation, providing a scientific basis for Mary Poppins’ maxim that “a spoonful of sugar helps the medicine go down.”

The meta-analysis looked at fourteen randomised controlled trials that assessed the effects of oral sucrose, glucose, or another sweet solution compared with placebo (water) or no treatment during 1674 injections in infants aged 1-12 months.

Thirteen (92.9%) of the trials found that the sweet solutions reduced various behavioural indicators of pain, such as crying, during and after immunisation compared with placebo. In the fourteenth study, the effects of a sucrose solution were only evident during a single immunisation and not for the second and third injections. The pain reduction was largely seen after the procedure had been completed rather than during the procedure.

Although the sweet solutions reduced behavioural signs of pain, they had less of an effect on physiological signs: none of the studies found that glucose or sucrose solutions reduced heart rate in infants during immunisation. On the other hand, one study found that infants who received a glucose solution (and were allowed to suck on a dummy) had lower levels of cortisol, the stress hormone,in their saliva after immunisation than infants who received water (with or without a dummy).

The 14 studies all used different volumes and concentrations of sucrose and glucose, so the authors were not able to determine an optimal dose of sweet solution to be used in infants during immunisation. However, the findings did imply that more concentrated sugar solutions – for example, 50% sucrose in water – are more effective.

The authors recommend that “sucrose or glucose along with other recommended physical or psychological pain reduction strategies, such as non-nutritive sucking [e.g. using a dummy], breast feeding or effective means of distraction, should be consistently utilised for immunisation.” 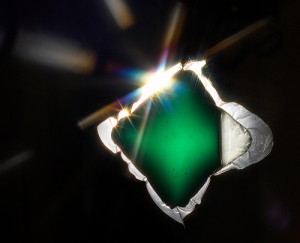 A letter to the BMJ, ophthalmologists at the Western Eye Hospital in London have highlighted a “wave of paediatric eye injuries” from liquid capsules for fabric detergents. These capsules were responsible for 40% of chemical eye injuries in children under the age of 5 last year at the hospital.

The majority of the 13 children who presented to the hospital with such injuries were girls. In 12 cases the kids were fine after treatment, but one child only had their eyes washed on arrival and sustained permanent burns on both their eyes.

Furthermore, the Poisons Unit at Guy’s and St Thomas’ hospital, also in London, received 192 enquires related to the capsules during 2007-8 and 225 calls during 2006-7, a fifth of which related to ocular exposure.

Liquid detergent capsules, also known as liquitabs, were first introduced in 2001 and are composed of an alkaline solution contained in a water soluble membrane that dissolves when in contact with moist hands or the mouth. Alkali injuries are the most severe form of chemical eye injury and can cause irreversible damage.

The authors advise that concentrated cleaning products like liquitabs should be kept out of the reach of children. If an accident occurs, parents should immediately wash their child’s eyes to reduce the chance that their child will suffer permanent eye damage.

Hot housed Chinese schoolkids are getting ill from the stress 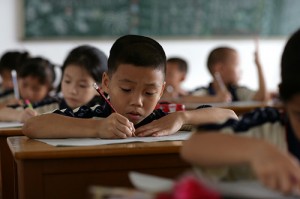 A third of Chinese children experience high levels of school-related stress, and these kids are about five times more likely to have the physical symptoms of stress – that is, headache or abdominal pain – then their less frazzled peers.

Thanks to the combination of China’s recent economic growth – with the increased opportunities for upward mobility – and the vast numbers of people competing for each university place and job, Chinese children are under pressure to do well right from the start of primary school.

A cross-sectional study published in Archives of Disease in Childhood has now shown the negative effects this relentless pressure can have on children’s health.

The study was carried out on more than 2,00 children aged 9-12 years in nine schools in urban and rural areas of Zhejiang, a relatively wealthy coastal province in the east of China.

Nearly a fifth said they rarely enjoyed school, with boys less likely to enjoy school than girls. A total of 81% said they worried “a lot” about exams, and 78% felt under pressure to perform well at school “all the time.”

In particular, the punitive nature of school in China comes across in this study: 44% of children were always afraid of being punished by their teachers. Furthermore, 71% said they were physically punished by their parents at least sometimes. No wonder these kids were so worried about doing well.

When it came to the psychosomatic symptoms of stress, 67% of boys and 66% of girls reported headache at least once a week, whereas 60% of boys and 78% of girls has stomach ache that often.

The authors believe that their findings “reflect the high value placed on education in Chinese society, urban and rural, and the widespread belief in the possibility for upward social mobility through education.”

Piling so much stress onto such young children could be storing up problems for the future. Studies have shown that children who have high levels of anxiety and depression are likely to have psychological problems into adolescence and adulthood.

According to the authors, “Much of the stress in Chinese schools is unnecessary and has simply become incorporated into the system.” They recommend reducing the frequency of exams and the sheer volume of homework to make life a little less intense for kids.

I recently blogged about the alarming rates of obesity among children in England, with one in four 4-5 year old children and one in three 10-11 year olds in this country obese or overweight. The Foresight report, published in 2007, ominously predicts that by 2050 90% of British children will be overweight or obese.

The British Government has now responded to this issue by launching a huge campaign to persuade the population to switch to a healthier lifestyle. The Change4Life strategy will promote the message “eat well, move more, live longer” on TV, in the press, on billboards and online initially for 3 months, and will continue over 3 years.  The initiative will be supported by £200m of advertising and marketing donated by food companies such as Tesco, Mars, Nestlé and Flora.

Dawn Primarolo, minister for public health, said today: “We are trying to create a lifestyle revolution on a grand scale. There are very serious health consequences with allowing dangerous quantities of fat to build up in our bodies. This is not just an ad campaign – we are calling it a lifestyle revolution – it is a long-running concerted effort to change behavior.”

The television campaign launches on Saturday 3rd January with adverts designed by Aardman Animations, the people behind the much loved plasticine duo Wallace and Gromit.  The engaging clip is designed to warn viewers of the health risks associated with being overweight and is targeted at helping young families change their lifestyle for good.

Change4Life is the biggest Government campaign ever launched and is expected to follow in the success of similar cross-media anti-smoking initiatives.  Unlike anti-smoking public awareness strategies though, this campaign steers away from shock tactics and instead offers practical advice.

Critics have been quick to point out that the involvement of food companies in the campaign is a way for such corporations to cast their brand in a healthy light without actually changing the salt or fat content of their food.  Tam Fry of the National Obesity Forum warned that junk food companies were donating millions to the campaign as a way of heading off the “regulation they fear”.

The Telegraph notes that “neither the leaflets nor the screen advertisements use the word obesity”, preferring instead to state that children could grow up to have “dangerous levels of fat in their body”.  The campaign is designed to avoid pointing the finger at any one group, however, specifically avoiding talking about ‘fat bodies’ and blaming modern life rather than parents.

Let’s hope that the more kindly, blame-free approach of Change4Life gets the people of the UK off the sofa and helps to avert our obesity timebomb.

One in four 4-5 year old children and one in three 10-11 year olds in England are obese or overweight, according to data from the 2007/08 National Child Measurement Program published by the NHS Information Centre.  The North East, the West Midlands and London are particular obesity blackspots, and boys are more likely to be obese than girls.

The National Child Measurement Program, established in 2005, weighs and measures school children in Reception (3-4 years old) and Year 6 (10-11 years old) to assess the level of overweight and obesity among kids in England. Almost a million primary school children were measured in the 2007/08 survey, representing 88% of those eligible.

The prevalence of obesity among primary school kids in both age groups was significantly higher than the national average in the North East, West Midlands and London.  In addition, there was a high prevalence of obesity in Reception-age children in the North West and Year 6 children in Yorkshire and Humber.  The South East Coast, South Central, South West and East Midlands regions, on the other hand, had lower-than-average rates of obesity among schoolchildren.

Obesity rates in 2007/08 seem similar to those in the 2006/07 survey (9.9% among Reception-age children and 17.5% in Year 6 children); however, the National Child Measurement Program report cautions that the prevalence of obesity among Year 6 children might have been underestimated by as much as 1.3% in 2006/07 due to children opting out of being measured.

The British Heart Foundation responded to these results by calling for several measures to tackle childhood obesity, including tighter regulation of junk food marketing, consistent and simple food labelling, and more funding to help children get involved in physical activities.  Saranjit Sihota, Head of Public Policy at Diabetes UK, likewise called for more action to tackle the epidemic – remarking that “This new data confirms the shocking state of children’s health in this country” – and pointed out that said that there is a clear link between obesity and Type 2 diabetes.