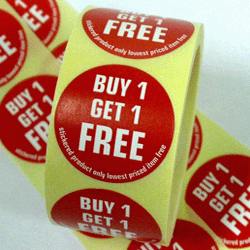 A new study of more than a million transplant recipients has found that rejection rates are lower in patients who receive two organs at once than in those who receive a single organ.

The study, published in Annals of Surgery, found that the rejection rates for organs cotransplanted with a donor-specific liver, heart or kidney were significantly lower than those for organs transplanted alone.

It has been known for some time that transplanting a liver with another organ such as a kidney or a section of intestine reduces the likelihood of rejection of the primary organ, leading to the suggestion that liver allografts protect other organs from rejection. Combined liver and kidney transplantation is used in patients with hepatorenal syndrome – in which acute kidney failure occurs as a result of liver cirrhosis or fulminant liver failure – or in patients with end-stage renal disease who also have liver damage as a result hepatitis B or C virus infection. Simultaneous intestine and liver transplantation is used in patients with intestinal failure following the removal of a large section of intestine (e.g. because of a tumor) and end-stage liver disease, which may be due to receiving their meals intravenously following intestine removal (total parenteral nutrition).

The recent study by Rana et al. has revealed that heart and kidney allografts are also immunoprotective and are themselves protected when transplanted with another organ.

The authors searched the United Network for Organ Sharing database – which contains data about every transplant that has taken place in the US since 1986 – and identified all thoracic, kidney, intestine and liver transplant recipients over 18 years old.

On the other hand, cotransplantation of intestine or pancreas in patients undergoing kidney or liver transplantation did not lower the risk of rejection or improve rejection-free survival.