The sexual health of Great Britain 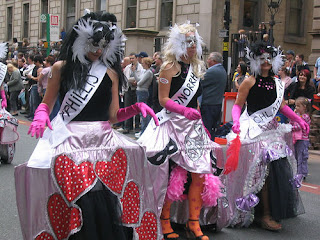 Over four months, 1,164 women aged 16-49 and 1,543 men aged 16-69 completed a questionnaire on contraception use, sexual health, and knowledge of sexually transmitted infections (STIs). The survey found that the majority of Brits are monogamous. Men still claim to have had more sexual partners than women but at least are mostly using condoms while they’re playing the field. Women, on the other hand, prefer the pill to any other form of contraception. We’re not too hot on emergency contraception but know our STIs better than we used to, gleaning most of our info from the TV.

Alarmingly, half of all respondents reported making no changes to their behaviour as a result of what they had heard about HIV/AIDS and other STIs, but thankfully more than a third of men and women said they had increased their use of condoms.

Most respondents got their information on STIs from television programmes (31%), followed by TV adverts (22%), and newspapers, magazines or books (20%). On the other hand, the internet was rarely used as a source of information about STIs, even by young people (3% of those aged 16-24).

A healthy life leads to a healthy sex life